We painted our fireplace.  Our mid mod elitist card was immediately revoked and we have been hanging out heads in shame ever since.  I kid.  I don’t give a shit… it’s my fireplace.  Now having said that, karma bit us in the ass and I am not 100% pleased with the final result.  Drama unfolds below 😉

OK so… here is what we were originally working with: The fact of the matter is we would never choose to have a big brown brick wall in the middle of our house.  This room isn’t exceedingly bright as it is so having all the light absorbed rather than reflected isn’t helping.  The hearth needed replacing (more on that in a moment) and having a bright white, fresh brick as the background for those original brass fish hanging I knew we just had to do it.

First thing was removing the hearth.  It had this sort of faux paint finish to it but it wasn’t painted and was busted enough that I knew we had to install something new.  We went to a local stone supplier who, allegedly, specializes in hearths.  I chose a lovely grey limestone from the samples they had available and kept the cut simple with just clean edges, a choice that seemed to baffle the sales person we spoke to.  It would take a few days to be made so it was a weekend task to paint the brick!

kids were into it… haha! 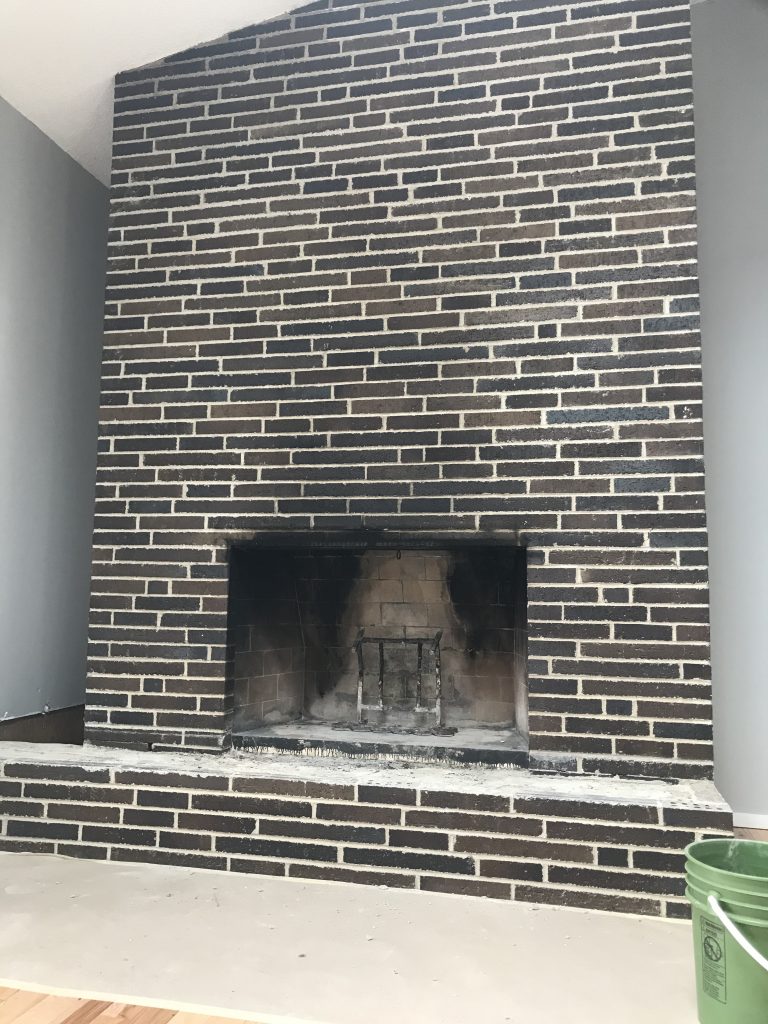 Ok so hearth is off… now what?

Step 1: CLEAN.  We cleaned the dingy brick with wire brush to start since it likely hadn’t been cleaned in a decade then with vinegar and hot water.

Step 2: PRIME.  Is there a choice other than Kilz for a primer?  The one we chose said masonry on it, bingo!  I could be mistaken but I believe we did 2 coats of the primer just for good measure.

Step 3: PAINT.  Home Depot had a Behr Masonry, Stucco & Brick paint that wasn’t the cheapest but moderately priced so it seemed like a good bet.

Paint DONE… I had to hang our fish up to see how it looked.  Damn!  Lovin’ it… I couldn’t wait for the stone yard to call us. The day we got the call the hearth was ready for pickup was a rainy day.  It was shitty enough outside that I stayed home with the kiddos.

A day that will go down in history as a regrettable choice.

Is the drama coming through?!

Phil brought the pieces inside and my heart sank.  They were wet and dirty with odd markings on them… It was left outside for a couple days in the dusty, muddy stone yard and it looked as though my lovely limestone soaked up every ounce of dirt.  I put the fans on them for a few days and got so discouraged while they laid out waiting to dry.  We feared installing them before they totally dried out,  adding more moisture to them with the mortar.  Two weeks later Phil went to install them and noticed that he had measured incorrectly and once piece on the end was a few inches to short.

A couple hundred dollars into the fire and a new piece was cut.  Luckily, they assured us the new piece would be cut from the same slab as the others.

It was brought inside and I became livid.  The new, replacement piece, was exactly what I thought I had ordered.  We went back and forth with the stone company for months.  Each time we were told they would eventually match.  Give it time to dry out.  This was in April 2018 and as of April 2019 the 3 original pieces still look dingy and the marks from the spacers still show. So this makeover doesn’t have a happy ending.  Sometimes shit happens and you have to cut your losses.  In the end it is likely a detail that only I will notice… and any OCD friend I point it out to.  It also looks remarkably better than what we started with!  Am I right?!  You can tell from this photo, the piece on the far right is a couple shades lighter and the spacer marks are still evident in that middle piece. 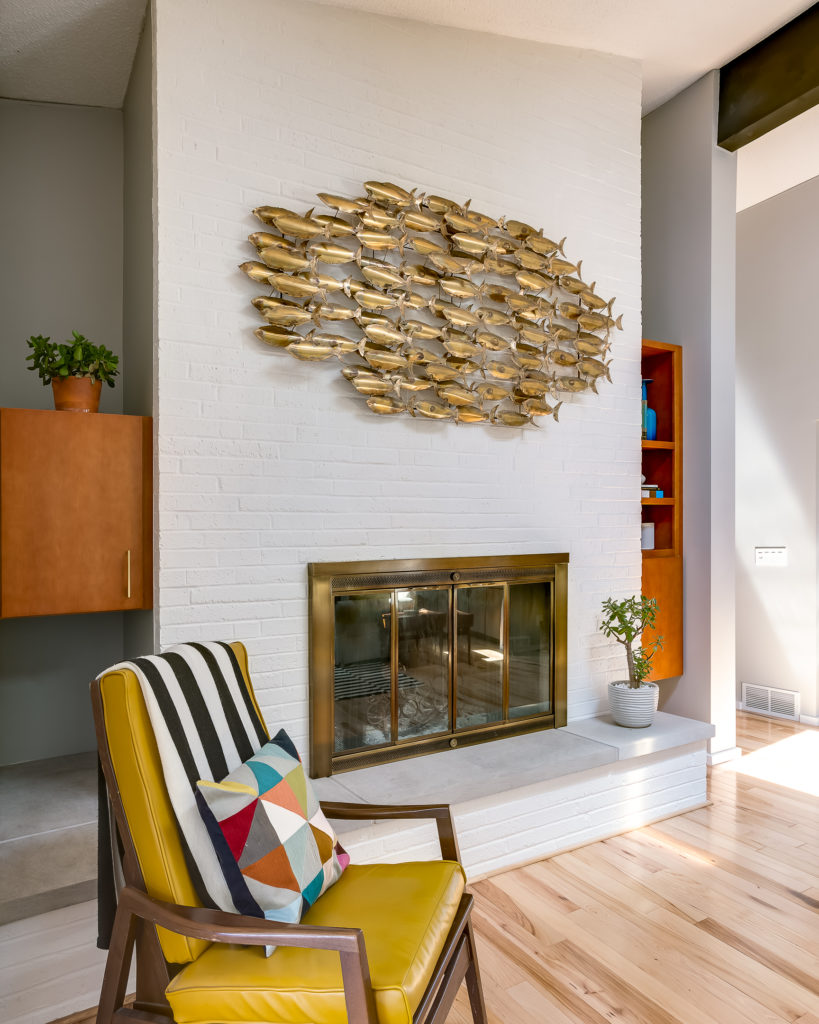 In 2015, we purchased our 1962 mid century modern ranch in Toledo, Ohio which needed completely renovated.  With a handful of original finishes and character in tact, we saw the potential and quickly signed on the dotted line.  We are a wife-husband duo tackling this DIY renovation with two vivacious little boys and our mini goldendoodle watching the adventure unfold.