For my son, Locke’s, 9th birthday we finally gave in to his years of requests to have his own room.  Truth be told, it was mostly our own laziness with bed time routines to keep the two boys together, who have a 2 1/2 year age difference.  Locke’s pleas of bedtimes stories have been slowly dwindling down as he has his head in a book 90% of his waking hours at home.  My little guy, on the other hand, loves being read to before bed… although they rarely were requesting the same stories.  Here we are on our 5 year anniversary of moving into this house, properly doing a room reveal… something I desperately wanted to do 5 years ago but didn’t have the chance to see through.

We wanted to keep the budget down, so many of these items we put on a Amazon Wishlist for Grandparents and Uncles to purchase as their birthday gifts.  I included a wide range of items from books, cool nightlight, book ends, alarm clock to more expensive things like the ceiling fan and the Star Wars mural… YES, Star Wars mural.  My boys have never had “themed” rooms per-say, no matching bed sets with characters, pillows, etc. like you see in the Sears catalog (are those still around?!) My kids do have strong likes and a say in what THEIR ROOM will look like.  In fact, many of the items Locke chose himself.  The boy is a full Star Wars fiend so it makes sense that his room represents that.  So if you feel the need to call it at Star Wars themed room, go for it… I call it eclectic!

I asked what Locke what color he wanted the walls, he said: “RED!” to which I said, not a chance.  I remember reading at one point many years ago, that it is harder to get a good night’s sleep in a room painted red, so that wasn’t an option but you’ll see there are plenty of pops of red.  Locke’s back-up color: “Black!”.  Done.  Well, sort of.  We happen to have two 3/4 gallons (don’t ask) of my favorite dark grey: Sherwin Williams Peppercorn and that seemed like the most logical choice.  It is present in other rooms of the house and I know that it can tend to absorb cooler undertones in natural light.  Use what you know!

A word about dark paint… it’ll be OK.  It can be scary to put dark paint on walls but it also adds depth and mood.  Locke’s room doesn’t feel like a cave but a warm hug, full of his personality, favorite items, books, and photos from milestone moments.  Our goal was for his room to be a zen den, a retreat for him and a place for his personality to unfold.

On with the photos…  Skip to sources. 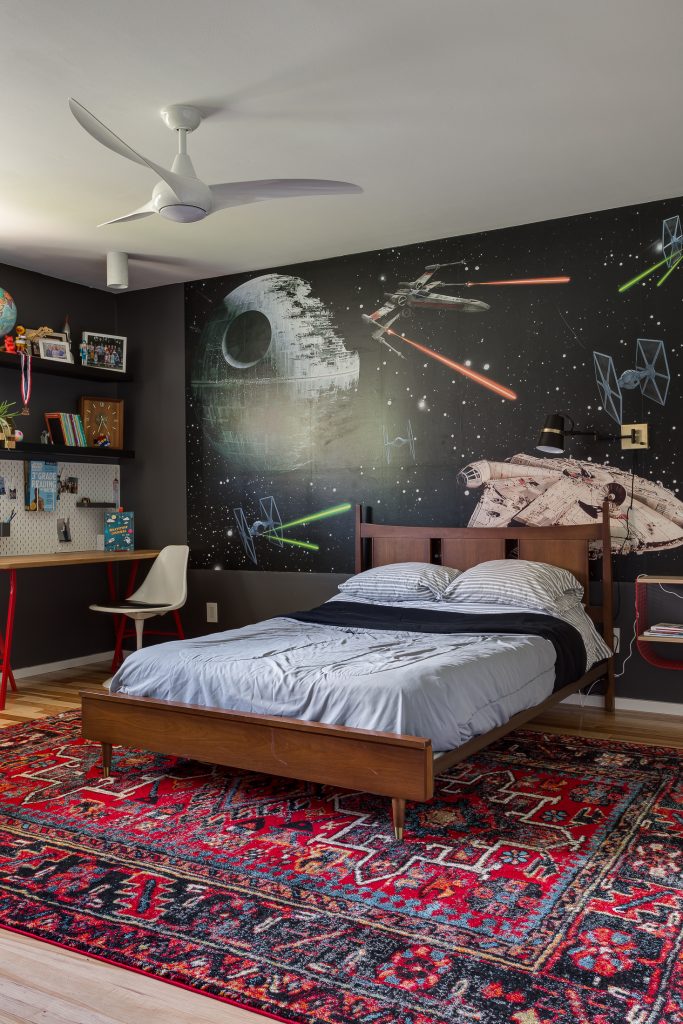 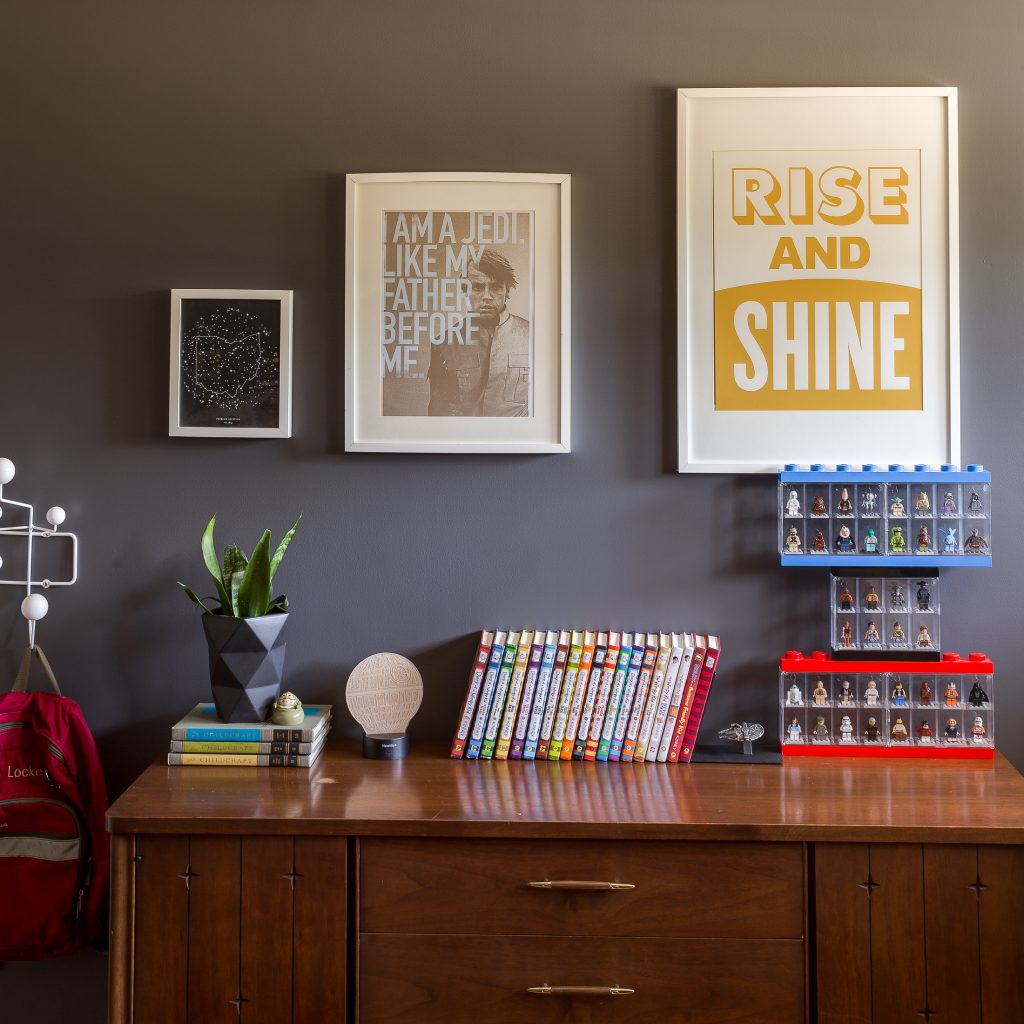 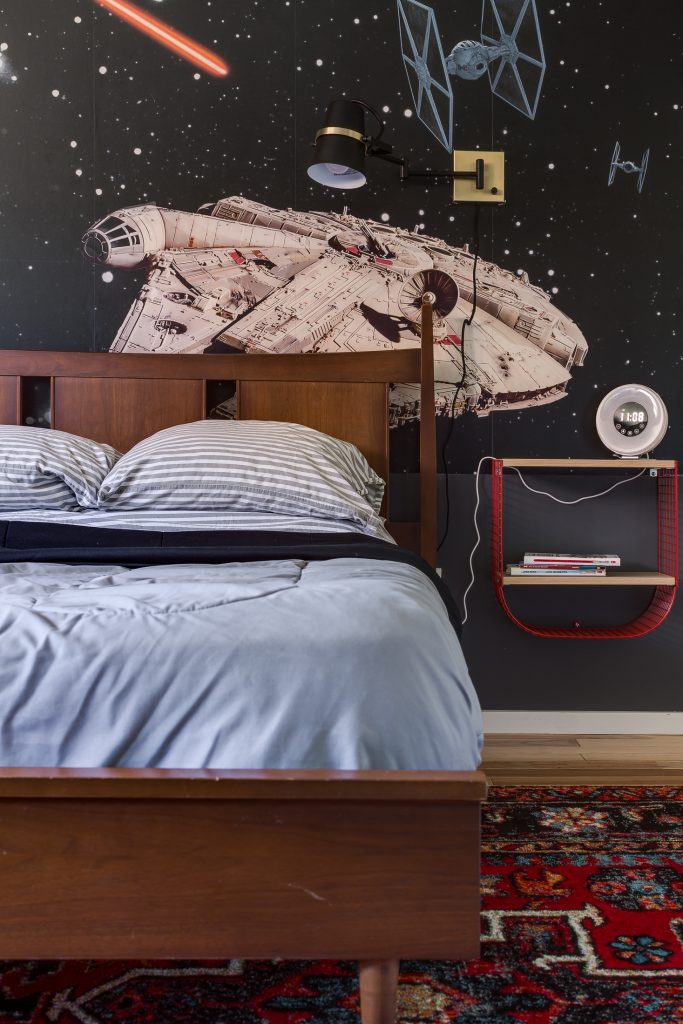 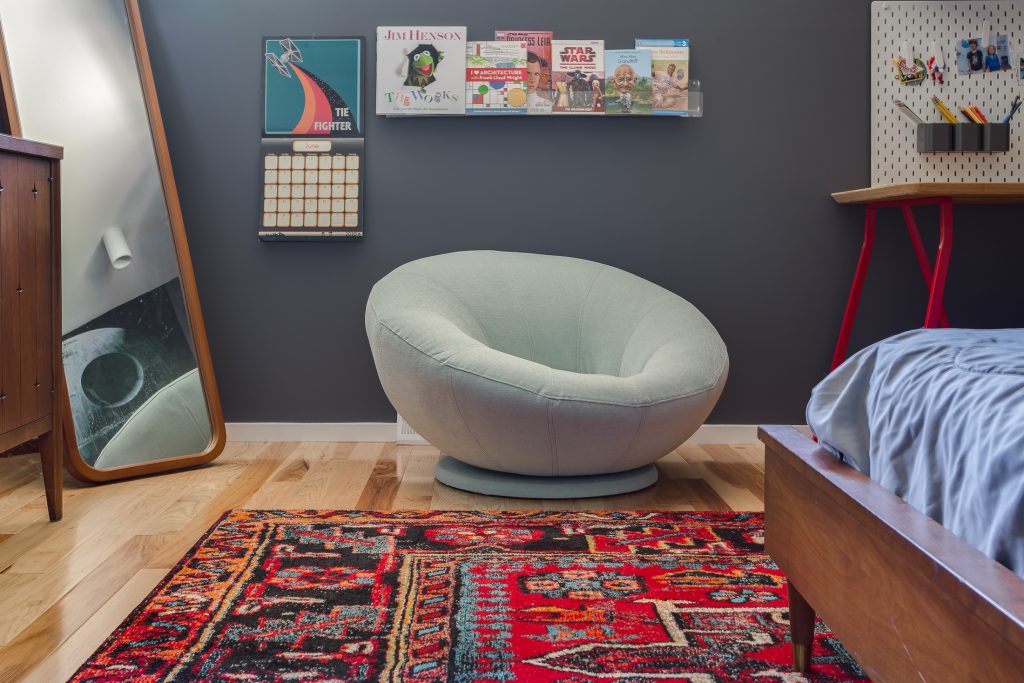 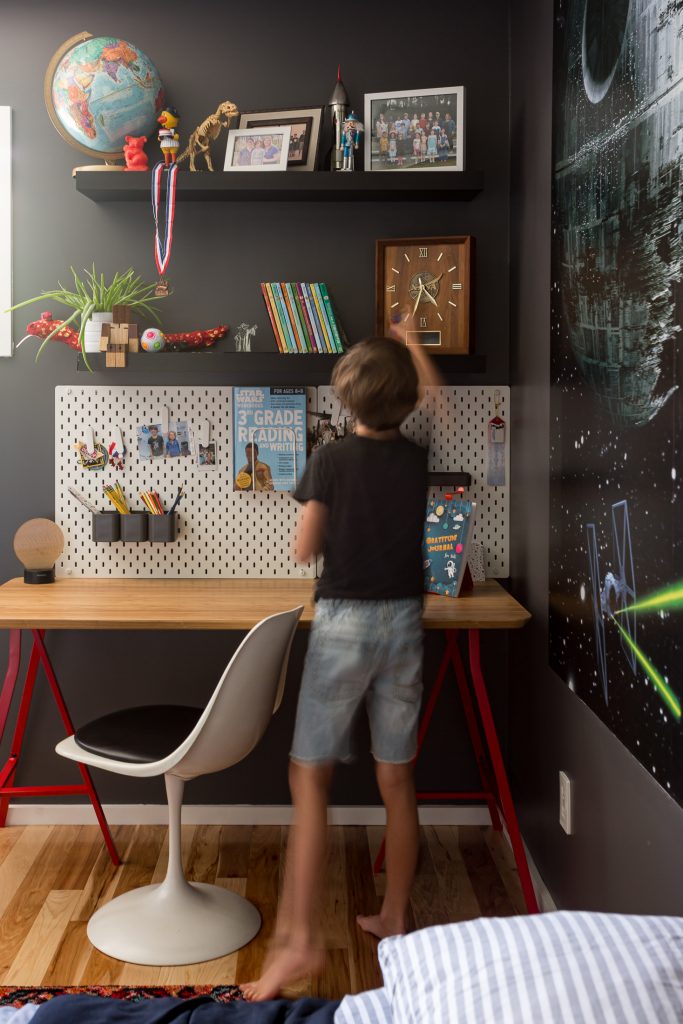